Our diverse team consists of M&A professionals from different countries, including several key countries of East Asia. We have strong working knowledge of local East Asian cultures and practices, and have native capabilities to speak major East Asian languages, such as Chinese, Bahasa Indonesia, Malay, Thai, and Vietnamese. We are committed to becoming our clients’ reliable M&A partner for the long term.

Pickering Pacific also has an additional team of junior analysts and a researcher.

Peter is a Senior Adviser at Pickering Pacific. Peter has spent 37 years in international banking with Commerzbank before leaving the bank in December 2009.

He served as Managing Director for Commerzbank’s Tokyo Securities business, General Manager of its London Branch, Group Managing Director for Multinational Corporates and led its Asian business as a Regional Board Member and then as its Vice Chairman for Asia. With half of his working career spent in Asia, Peter now looks after a portfolio of activities focused on foreign direct investments between Germany and Asia as well as some regional bank advisory work. 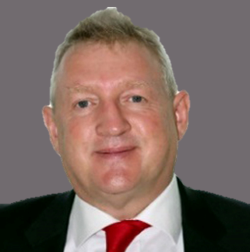 Jon is a Senior Adviser at Pickering Pacific. Jon provides remuneration and governance advice for investors, boards and management.

Jon moved to Singapore in 1997 as Managing Director of the global consulting firm Watson Wyatt’s Singapore office where he had responsibility for the firm’s South East Asia business. Before moving to Singapore, he lived in Indonesia and Hong Kong for five years and four years respectively.

From 2003 to 2008, Jon led the Asia business of the Vanguard Group, one of the world’s largest investment managers. Jon served on the Singapore Central Provident Fund’s Advisory Panel from 2006 to 2008 as well as the government’s Economic Review Committee’s CPF group in 2002.

Currently, Jon is chairman of the governors of Tanglin Trust School. Jon is also an independent director of two hedge funds managed by EFA Group, and a Fellow of the Singapore Institute of Directors.

Jon graduated from Cambridge University with a degree in Mathematics.

Arnaud Bonzom is a Senior Adviser at Pickering Pacific. Arnaud has been active in the technology sector for more than 10 years in Southeast Asia.

Our team members have excellent academic backgrounds from prestigious universities around the world.